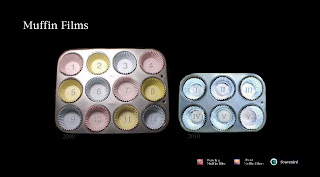 Visit Muffin Films by Amy Winfrey to watch all of these dark and witty little animations.
I am including one of my favorite websites to visit for a little humor. The site is old (2000) and the flash animation is simplistic but it is the IDEAS behind these little films that are so engaging.

In the classic fashion of Eward Gorey's cartoons (1925-2000), or the Addams Family by Charles Addams (1938-1998), Muffin Films perpetuates the innocent images of muffins in a very sinister manner.

The muffin seems be to the stepchild of the currently more popular cupcake (see the MadFadder.) But maybe Muffin Films can help reprise the popularity of the lowly muffin! That can be the power of art in popular culture.

I hope you are intrigued - one more note - once you watch these films you may think twice before you bite into a big delicious muffin! 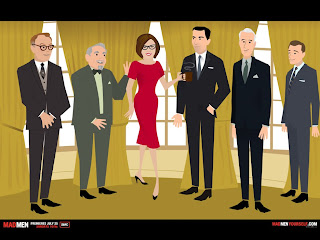 Here I am with the Mad Men gang - if you would like to make a scene with yourself in it you can Mad Men Yourself on the AMC website. My face is different because I did a little adjusting in adobe illustrator but you can still fritter away a good amount of time playing with the options they offer.
Yes it is that time again - Mad Men premiers on Sunday and I am very excited! The show is brilliant and so different from anything else on the air! Beyond the wonderful scripting and character development lets talk about set design and costuming.

As a designer I cannot get enough of this show. The subtle changes is style and the merge into the rebellious 60s from the conservative post-war 50s are fascinating to watch. The original use of mid-century design and the overall color palette of the show are inspirational.

I am sitting on the edge of my vintage Eames chair waiting for the premier!
Posted by T.Barnes at Friday, July 23, 2010 2 comments:

This is a very rare interview with Bruce Lee - a brilliant actor, philosopher and founder of the founder of the Jeet Kune Do martial arts movement. He died too soon and today marks 37 years since his passing. If you don't know who he is start by watching "Enter the Dragon," the movie he is probably most famous for in America. He influenced an entire generation of Chinese action heroes and still none of them could quite capture his humor, intelligence and sheer force.

Why am I devoting a post to a man who practiced Kung Fu on a blog about design? Bruce Lee illustrates that art has no boundries in its expression. Kung Fu was his art and he practiced it with the same grace and devotion as a painter or a musician. To watch him in action is to be inspired to do better with your own work. To strive a little harder.

Bruce Lee was known to be very dedicated to the training of his body. His body was his canvas. When you watch this video pay attention to how fast his hands and legs move. The camera can not catch the motion - it is a blur. In the 60s and 70s his artistry inspired boys (and some girls) all over the world to take up Chinese martial arts.

He was a brilliant flash on earth but his legacy lives on. 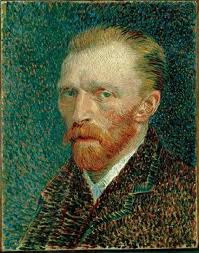 “Men succeed when they realize that their failures are the preparation for their victories.” — Ralph Waldo Emerson

Failure - to fail, the act of failing, to royally mess up! Why are we so afraid of making a mistake? I wrote the title "Fail U R" to demonstrate, in type, how personal failure is when you are making a creative effort in a public arena. I did not say "Fail I M" because to fail as a designer is usually very public. We are judged first by our own standards, then by our client's and finally by the customer/public.

Within this process our egos as designers tangle with our need to creatively experiment. Without experimentation we lose the opportunity to benefit from the happy accident. 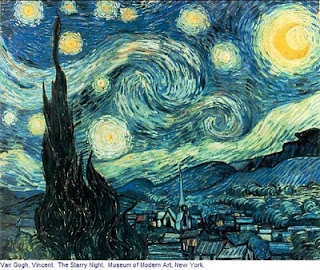 I illustrated this post with two paintings by Vincent van Gogh because during his lifetime he sold only one painting and that was to his brother. He was unappreciated and probably considered a failure. Despite this he never stopped producing art that was important to him. In the end his work succeeded brilliantly - how do you analyze the irony of such success?

I once had a painting professor who taught me to not value the part of the painting that I found perfect. He said that if I found one area too precious I would paint around it and not respect the work as a whole. I learned technique from painting that one small part perfectly but I learned far more from painting over it and retaining the memory of painting it perfectly. I gained confidence every time I destroyed my "perfect" work that I would be able to paint that way again and again. It was one of the cornerstone's of my artistic evolution.

"Fail U R" means you are only a failure if you allow other people to define you as a failure. Failing is part of the process that helps us grow - if we learn from it. How we define failure is subjective, one person's failure is another's personal best. If the standards are so arbitrary why do they matter?

Why?... because in the end we do the work because it makes us happy and doing the work to the best of our abilities makes us even happier!
Posted by T.Barnes at Tuesday, July 20, 2010 2 comments:

Staring at the white page... 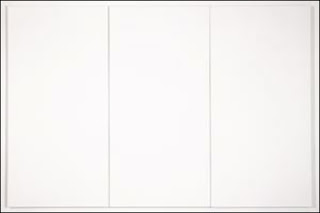 Here I am again – staring at the white page. The white page, or the blank white posting box, is possibly the most unnerving thing an artist or writer can face. Perhaps the abstract expressionist painters, such as Robert Rauschenberg, had the right idea - see the beauty in the white space.

When I begin a project I have very noble aspirations but my first mark on the page reveals the long journey of creation that is before me. Over the years I have developed a bag-of-tricks to help me get through this initial launch of an idea. I make lists, lots and lots of lists. I research my list ideas and then I make new lists. But at some point I have to stop because what was once a productive activity has become a huge time waster.

What next? Clean the house of course! Do the dishes, catch up on the laundry... you get the idea. It is painful to dive into the creative abyss. And then I do...

Once I dive in I wonder why I waited so long. I get in the flow, my mind starts to hum and I go into that space where the work is no longer about me but about the process and whatever it is that I am trying to channel.

Maybe this post was a little boring but I had to fill the white page with something.

Emotion is an essential component to any design. It is this subtle element that binds the visual together. Sometimes emotion is not so subtle - such as the work of designer, Tibor Kalman for Colors Magazine. He was a rule breaker and creator of wild, emotional conversations through design. His visuals were controversial and inspirational. Such as the Colors cover below...

Typography can convey an emotion with its shape and carefully chosen juxtaposition to the word it is rendering. Consider the following examples and how the mood shifts from word to word. Once all the emotional words come together they create a comprehensive mood along with the individual tone.

Finally, words and images together create the total emotional impact. "A picture is worth a thousand words," or perhaps one emotion. Add a word to that picture and it becomes either trite or moving, depending on the sensitivity and artistry of the designer. Consider the next illustration which I designed to portray one of the seven deadly sins, Wrath. This word and the illustration were full of emotion and it was my responsibility to pick the words, images and colors that conveyed the proper emotional meaning of wrath. You tell me if I succeeded or failed...

From the "Mona Lisa" to Mondrian's "Broadway Boogie-Woogie" eliciting emotion is one of the primary vehicles every artist must use to connect with the viewer. 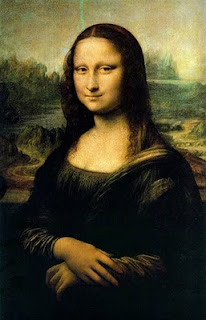 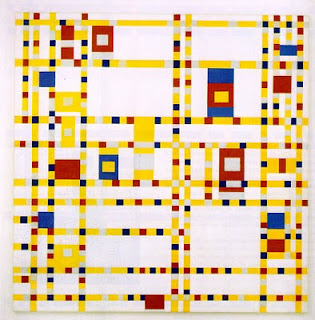 How well you manipulate this element will determine the success or failure of the work as much as the execution and design. I will sign off before I become too emotional about this topic.
Posted by T.Barnes at Friday, July 16, 2010 1 comment:

I have been teaching "magical realism" or surrealism in my summer school class this week and I have to admit that this exercise does open your imagination to new perceptions in reality. 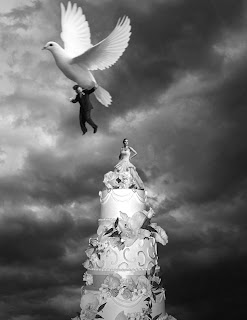 The bride piece evolved 'organically' in my mind but the deeper levels of meaning to my own life are so varied it astounds me! Experimenting with this type of symbolism cannot help but become an outlet for the artist's subconscious mind.
Posted by T.Barnes at Wednesday, July 14, 2010 4 comments: